After several weeks of buildup and anticipation, Russia launched a full-scale invasion of Ukraine last night. Rocket attacks on key infrastructure, cyberattacks on government websites, and troop advances follow on the heels of a massing of military forces on the Ukraine border as well as several previously Russian-held areas of Ukraine.

While the Russian invasion was not entirely a surprise—Russia had been amassing troops on the Ukraine border for weeks, sparking numerous attempts at a diplomatic resolution—it was unclear if Russian President Vladimir Putin would launch a full-blown invasion. This move is significant since it marks the first invasion of a European country since World War II, and it will likely result in significant additional sanctions against Russia, further isolating it economically. It also introduces risks to energy markets given the degree of dependence on Russian energy commodities within Europe and across the globe.

While reports are still filtering in, it is safe to say that Russia’s act has not only precipitated a humanitarian crisis for Ukrainian citizens but has added another element of uncertainty into a cloudy economic outlook. While we are encouraged by the coordination of the global response and the seeming accuracy of intelligence anticipating Russia’s intent, we believe the significant escalation overnight widens the range of potential outcomes. The global response to this escalation and Russia’s reaction to this response will be important in gauging the potential path and severity of the crisis and the degree of instability it introduces across Europe and the rest of the world.

Given the shock to energy prices (with crude oil surging above $100 per barrel for the first time since 2014), we are also mindful of the impact on inflation pressures and its subsequent effect on aggregate demand, consumer and business behavior, and corporate profits, as well as implications for the Federal Reserve as it attempts to normalize monetary policy and dampen inflation pressures without damaging the economy. The Russia–Ukraine crisis has likely made this balancing act even more difficult, thereby increasing the risks of a policy error.

As discussed in past Market Thoughts, a significant change in the complexion of risks often causes periods of recalibration, during which investors reassess their expectations. In particular, financial markets have a difficult time discounting geopolitical risks when they are controlled by a small number of unpredictable human beings. In many cases, such market declines driven by geopolitical headlines have represented opportunities for investors with long-term time horizons and the ability and willingness to tolerate volatility. We are closely monitoring the situation for potential impacts to the balance of risks within portfolios and investment strategy implications across asset classes.

As always, a sound investment strategy tailored to your specific needs and a long-term view can help fortify portfolios during periods of volatility and provide confidence to stay the course.

We will be following developments closely and will keep you up to date. If you have questions or concerns, please do not hesitate to bring them to our attention. 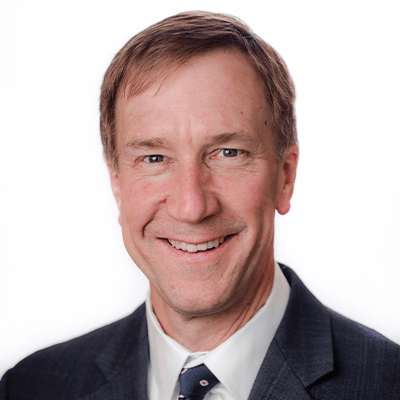