Yet Alzheimer’s is the leading cause of dementia among older adults, with an estimated 6.2 million Americans currently suffering from it.1 A diagnosis has long seemed like a tragic one-way ticket down a sure path of cognitive decline, and for good reason: Alzheimer’s disease was incurable, untreatable, and believed to be unpreventable.

In addition to the first-ever Federal Drug Administration (FDA) approved drug that treats Alzheimer’s disease, ongoing research is proving that lifestyle changes within our control can go a long way in delaying or even preventing it.

“That’s the out-of-box thinking,” says John Walker, chief technology officer and founder of uMETHOD Health, a precision medicine start-up. “At every point in this, you can control the progression.”

Walker’s expertise lies in building complex systems to solve complicated problems, and Alzheimer’s disease might be the most tangled knot he’s taken on. According to Walker, there are 40 or 50 factors at play in causing the disease: genetics, history, blood chemistry, lifestyle—all interacting and confounding.

“This is a multivariable problem,” Walker says, “and the stinker is they interact with each other and they change.”

Between the ages of 65 and 75, 5 percent of people have Alzheimer’s disease. That number rises to nearly 14 percent as we age past 75. By the time we’re 85, more than a third of us will have the disease.2

It’s visible in our brains. Protein fragments of beta-amyloid clump into plaques outside our neurons while the abnormal form of the tau protein tangles up inside them. These and other changes can cause neurodegeneration, inflammation, shrinkage, and atrophy. The changes in our brains lead to changes in our lives, such as memory problems, impaired judgment, depression, and eventually physical impairment and death.

Walker’s company is figuring out which of the interacting, overlapping factors to prioritize when it comes to preventing and slowing disease progression. And his work, and encouraging recent clinical research, is showing for the first time that it’s possible.

An ongoing Finnish study known as FINGER was the first randomized controlled trial to prove that cognitive decline could be prevented through a combination of four lifestyle changes. And a modeling and meta-analysis published in The Lancet last year found that around 40 percent of worldwide dementias could theoretically be delayed or prevented. “It is never too early and never too late in the life course for dementia prevention,” the authors write.

Research has also revealed that we have a much longer window in which to treat the disease—which is present well before any cognitive impairment sets in.

“We know that Alzheimer’s starts 20 years, give or take, before the symptoms of dementia ever start,” explains Eric VanVlymen, a regional and executive director with the Alzheimer’s Association. “Dementia is really the end of a long process.”

The fact that Alzheimer’s begins decades before any mental decline means there is ample opportunity to address it before it causes problems, ideally even pushing the disease progression so far out that we succumb to other ailments before our cognition ever slips.

“A five-year delay in the onset of Alzheimer’s would cut the Alzheimer’s numbers in half,” VanVlymen says.

So how do we do that? What factors are under our control that we can change in order to prevent or slow the progression of this disease?

What You Can Do to Prevent Alzheimer’s

For those who already know they have Alzheimer’s disease, recent FDA approval of the drug Aduhelm offers a big dose of optimism. Though controversial for its accelerated approval and cost, Aduhelm is the first drug to actually slow disease progression. And since it is indicated for those who are not even showing cognitive impairment or have just begun to, it means people may be able to live with Alzheimer’s without ever developing dementia.

But the exciting news that lifestyle changes can slow the progression of Alzheimer’s means popping a pill is only one thing you can do to fight back. The actions you can take are not extreme. They’re not even surprising. “It’s everything your doctor always tells you,” says VanVlymen.

First, keep your brain active. And sorry, but soduku might not cut it. “There’s a difference between brain activity and learning,” VanVlymen says. “Active learning is really important.” Second, you truly do have to get off the couch. Physical exercise—even something as simple as walking—is another critical to-do.

Third, research suggests eating a healthy diet is part of the answer. Diets clinically proven to combat cognitive decline are similar to the Mediterranean diet and the DASH diet, which minimize processed foods and encourage vegetables, nuts, berries, and legumes.

Because these four things were tested all together, researchers have yet to tease out what lifestyle changes pack the most punch. But taken with other research findings, there are plenty of things under our control that seem to matter.

“You actually have to sleep,” laughs Walker as he refers to a chart with dozens of factors at play in cognitive health. Avoid smoke and even air pollution if possible. Try to reduce your stress levels. And Walker says everyone should be asking their doctor for routine blood exams that check for the amino acid homocysteine; buildup can cause dementia, yet is easily treated with vitamins.

“It’s a brain toxin,” he says. “And it’s just a two-dollar blood test, but it appears that no doctors ever do it.”

Not that every fix is feasible. It might be easy enough to get help for sleep apnea or start a walking routine. But living next to a highway? That’s harder to fix. And since the past has a way of affecting your present health, comorbidities and medical history like previous head traumas or mid-life obesity will continue to influence your risk factors decades later.

The goal, says Walker, is finding out where you stand so you can get to work on the things you can influence. That’s something uMethod offers, and after working with about 5,000 people, Walker has seen this personalized approach to brain health pay off. “Doctors will tell you about their patients who just are quite astonished that they can come back in six months and say, ‘I feel so much better. I’m thinking better,’” he says.

The Future of Preventing and Treating Alzheimer’s

The Alzheimer’s Association and others are racing to figure out how lifestyle changes can slow the disease progression, digging down to isolate which activities are most protective, and combining the data with brain scans that will show whether those changes have observable effects on the brain.

In the next year or so, there will likely be approval for another two drugs to treat the disease, which VanVlymen hopes will create market pressure and drive prices down. “We’re going to be treating this disease with disease-modifying drugs that, frankly, we’ve never had,” he says.

At the same time, scanning for Alzheimer’s will get more accessible and cheaper—and therefore more equitable. And greater access to personalized medicine will help people know exactly what they can do to keep their brains healthy, and how their brains respond to treatments and changes.

The future of diagnosing and treating Alzheimer’s disease is full of hope. But when it comes to protecting ourselves and our loved ones, it is empowering to know we don’t have to wait. 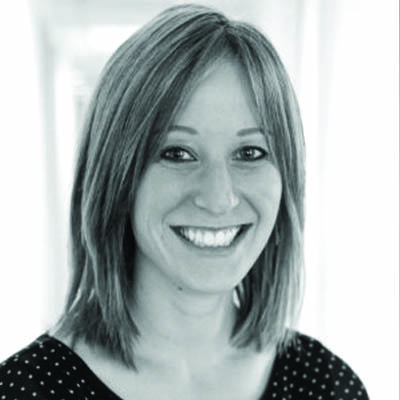