While the term inflation has been around for centuries, its meaning has evolved over time and even today can have a different meaning to different people. A young adult in their 20s may completely disregard the concept, as they’re just starting to earn a salary and pay for goods and services. For someone who lived through the 1970s, the term inflation reminds them of waiting in line to get gas and double-digit interest rates. In this article we endeavor to provide a brief history of inflation, a clear explanation of what it means, and why it matters to investors.

The Origin of Inflation

Historically the term inflation referred specifically to the devaluation of a currency relative to the goods and services one might purchase, which typically occurred when the supply of money increased. For example, if an apple costs $1, but then the amount of money in the entire world doubles, theoretically the price of the apple should go up to $2, or be inflated, since now there is more currency than there was previously. While today we think of this as printing money, the concept has its roots in ancient times. Ancient Rome used silver coins or denarius to trade goods and services. In AD 54 the denarius contained more than 90 percent silver; however, to increase the supply of money, coins would be collected, melted down, and mixed with other metals to produce more coins. This process was known as debasement, and by the year 270 the denarius had very little silver in each coin. With less silver the coins became less valuable, and more of them were needed to purchase the same goods and services as before.

With the introduction of fiat (government-controlled paper) currencies, controlling the money supply became much easier. This created challenges in America during the Civil War, as banknotes tied to gold stores were printed in amounts that exceeded the available gold. Historical occurrences of hyperinflation, such as in Germany and Venezuela, partially occurred because of the government’s ability to dramatically increase the supply of money, particularly during political crises. While hyperinflation is less prevalent today with the creation of independent central banks, high bouts of inflation are not unprecedented, as we experienced in the U.S. during the 1970s.

Importantly, the concept of inflation has expanded beyond describing the devaluation of a currency. Most people today do not hear the term inflation and think there is an excess of dollars in circulation, but instead they think that prices for the goods and services they buy are increasing. Without getting too technical, it’s important to note two forms of inflation that impact prices today. Demand-pull inflation refers to an increase in prices due to increased demand in the economy, typically from an increase in spending. This can manifest in several ways such as a tax cut or increased government budget. Put simply, there is now more available capital to be spent without an immediate increase in goods produced. We’ve seen examples of this today with the cost of lumber increasing dramatically as new home construction rises, partially due to the amount of fiscal stimulus in the economy over the past two years.

The other form of inflation, cost-push inflation, refers to an increase in prices due to a drop in available supply. For example, if a natural disaster leads to oil rigs in the Gulf of Mexico shutting down, oil prices may increase, which could lead to inflation across a number of other goods. Cost-push inflation can be more dangerous than demand-pull, as the amount of goods needed has not changed, only the supply of them. Consequently, prices can increase dramatically with no end in sight until demand is satisfied or supply increases. A very simple example of this is the hottest toy at Christmas every year. Last year it was the PlayStation 5, which retailed for $499 to $699, but was resold for upwards of $2,000 leading up to Christmas. There simply weren’t enough PlayStation 5s to satisfy demand, and they experienced significant cost-push inflation due to lack of supply.

How Is Inflation Calculated?

As stated previously, inflation does not refer to the quantity of money, as it once did, but to the price of goods. The most common reference used is the Consumer Price Index (CPI), which refers to a basket of goods the average consumer would purchase. Importantly, CPI and other inflation measures change over time as the world changes. The original CPI began in 1919, and collected prices for food, clothing, rent, fuels, house furnishings, and miscellaneous items. During World War II they had to discontinue the pricing of items that were unavailable, such as new cars and household appliances, and increase the weight of other items such as automobile repair and public transportation. Over the last 102 years the CPI measure has been revised multiple times based on changes in the economy or methodology of measuring the data.

Why Does It Matter?

These details matter in context of the economic environment we’ve experienced in the last 12 months. In a way we are experiencing both demand-pull and cost-push inflation as a result of the global pandemic. The $2 trillion Coronavirus Aid, Relief, and Economic Security Act, also known as the CARES Act, in March 2020 and the $1.9 trillion American Rescue Plan Act of 2021, which combined are almost half of U.S. annual production, provide substantial capital for consumers to spend. At the same time COVID-19 measures resulted in many businesses slowing production or stopping completely, leading to decreased supply of many goods and services. As we exit a pandemic environment, we enter a period where there is substantial money available to spend and a shortage of goods to spend it on. Logically, people are anxious to travel and shop, which has led to increases in used vehicles, apparel, and transportation services.

As investors, all of this context is important. Today, inflation is a buzzword that is often misunderstood. It is a natural part of our economy. The money supply is constantly increasing, as is production, productivity, and labor. It’s important to measure the rate of change as there are numerous factors that can impact the speed and direction of inflation. Understanding the drivers of the rate of change can help investors understand the impact on their day-to-day lives.

As consumers, we need the source of our income to at least keep pace with the cost of living. However, temporary changes in transportation and apparel may not directly affect our cost of living. For most people, the 5 percent increase in inflation over the last 12 months is nothing to worry about. The 28.5 percent increase in energy may be a concern, but keep in mind it is a volatile number that can change frequently. The current outlook is that the sizable increase in inflation is temporary, and a result of exiting the pandemic. Should the broader measure increase on a long-term basis, this could have a greater impact on the average person’s day-to-day life.

For those who fund their lifestyle or annual budgets with an investment portfolio, they likely already have many inflation-fighting investments in the portfolio. Historically equities are one of the best investments to keep pace with inflation, as the businesses you own can adjust prices as costs increase and increase production to meet demand. For example, if someone owns stock in Home Depot or Walmart and inflation is present, the retailer can adjust costs to account for inflation, resulting in returns that keep pace with or outperform inflation. Within fixed income, bonds that are shorter term or have adjustable interest rates fare far better in a rising inflation environment than fixed-rate, long-term bonds. If inflation is moderately increasing, real estate can provide an adequate hedge as long as landlords can increase rents fast enough. Finally, while a general basket of commodities is not a great inflation hedge, some asset classes linked directly to commodity prices like farmland are an excellent inflation hedge.

While some investors remain concerned about the inflationary impact of the money supply, remember that a government-controlled currency can easily impact the money supply in both directions. Furthermore, the Federal Reserve has as part of its mandate price-stabilization, or in other words, controlling inflation. It is highly unlikely the U.S. will experience hyperinflation, or even inflation anywhere near what was experienced in the 1970s. Instead, as we continue to exit a challenging economic environment brought on by a global pandemic, we are likely to see some volatility due to lack of supply, increased consumer spending, and wage pressure. None of these factors should lead to destabilization or inflation rates that cannot be moderated by the Federal Reserve. Investors are much more likely to see costs for their day-to-day lives continue to increase at a moderate pace, as they have historically. Keep in mind that while inflation continues to increase, markets persist with strong performance, providing investors with the necessary growth to keep up with a rising cost of living. As we enter into mid-year, now is a great time to revisit your asset allocation to ensure it reflects your objectives, and to discuss the investments you own that can help ensure inflation is not a threat to your long-term objectives. 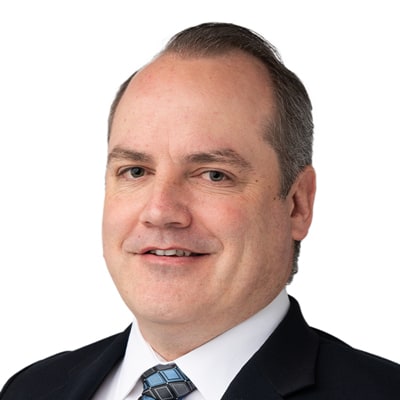 Upcoming Webinar! Beyond the Headlines: Plan Sponsor Predictions for 2022

Upcoming Webinar! Fundraising Best Practices for Nonprofits in 2021 and Beyond

A Plan Sponsor’s Passion for Diversity, Equity, and Inclusion (DEI)