On Monday, March 19, following news of a data analytics company’s alleged use of 50 million users’ data, the share price of Facebook stock tumbled 7 percent. As the story unfolded over the following days, the stock’s price fell further. By the next Tuesday, it had declined almost 18 percent from its close on March 16.

To experienced investors, it should come as no surprise when, on any day, the stock price of any individual company experiences a large decline. Negative news can cause rapid price changes for the stocks of companies affected. Single security risk, as it is known, is one of the reasons we counsel investors to diversify—both within and across different categories of investments.

However, what may have come as a surprise was the impact of this single event on the large, diversified, and—some may consider—even boring S&P 500 Index. On March 19, the index fell 1.4 percent, pulled down by the weight of Facebook and other tech giants. Information technology sector stocks were the worst performing sector, losing more than 2 percent that day.

For an index fund investor, this event highlights a few noteworthy items. First is a recognition of the large weight—or representation within the S&P 500 Index—of Facebook stock. At the end of February (before the recent move in its stock price), Facebook represented 1.8 percent of the index, making it the fifth largest holding within the S&P 500. But Facebook wasn’t the only tech giant represented in the top five. As Figure One shows, the other four were Apple, Microsoft, Alphabet (formerly Google), and Amazon.

Each of these companies (and many others) share an interest in the current data privacy debate. As Figure One shows, a quarter of the S&P 500 Index was allocated to information technology stocks at the end of February, making it the index’s largest sector by far.

News that affects one company often causes others within their industry to decline in sympathy, as demonstrated by the broad, industry-wide impacts seen on March 19.

Over time, the complexion of markets can change. Rapidly evolving technology and consumer behavior over the past decade have catapulted a small number of relatively young technology companies into the stratosphere. And with the highest level of technology exposure since 1999, the bellwether S&P 500 Index looks a lot more like a technology fund. It has morphed from boring to bold.

This shift within the index is just the latest episode, but it highlights an important point for investors. The number of investors of all types using low-cost index funds has grown dramatically. It is, therefore, important to be aware of how indexes can change over time and consider the impact—and potential risks—to investment portfolios.

The Making of an Index Fund

Most stock market indexes tracked by passively managed mutual funds and exchange-traded funds (ETFs), including the S&P 500 Index, are market-index was News Corp., with a market cap of $9 billion. Between these bookends lie the stocks of the other 498 companies that make up the index.

Major shifts within the S&P 500 Index are nothing new. Market-capitalization-weighted indexes like the S&P 500 are designed to reflect the constantly changing currents within the market. Over time, some companies and industries emerge and rapidly grow, while others fade. Changes in the business environment create winners and losers, which are reflected in near real-time in market-capitalization-weighted indexes. This ability to reflect changes within a broad market through a low-cost investment vehicle is part of the allure of index funds for many investors.

However, the extent of these changes over time may surprise some people. We’ll look at three types of changes to demonstrate how undercurrents can change the complexion of an index over time: the degree of exposure to certain sectors or industries, concentration in a handful of top holdings, and the profile or business maturity of these firms.

Indexes and the funds that track them are unmanaged. This means that they reflect changes within the economy as we move through business cycles, with the best performing parts of the economy taking on a larger share of the index and the worst performing, a smaller share. When market trends are stable, index funds can be difficult to beat. We experienced conditions like this during the early part of this decade.

But when the environment changes, index fund investors may find themselves more exposed to the companies and sectors that were yesterday’s winners (and often priced at a premium), perhaps making them more exposed to a downturn.

Figure Two shows us that even a boring, broad market index like the S&P 500 looked a lot like:

Although the index provided broad-basket diversification to index fund investors, it also held risk factors—driven by these industry concentrations—that many investors weren’t aware of—that is, until oil prices tumbled during the 90s, the dot-com bubble burst  in 1999, and the financial crisis unfolded in 2007.

Today, we can see shades of the late 90s returning through the  rising influence of the so-called FAANG stocks—meaning Facebook, Apple, Amazon, Netflix, and Alphabet (formerly Google). As Figure Two shows, the weight of technology stocks within the S&P 500 Index is approaching levels last seen during the 1999 run-up. So, as we continue this historically long stock market run, with equity valuations rising, we feel it is appropriate to actively monitor this trend and the potential for outsized risks as market conditions change.

Another aspect of market-capitalization-weighted indexes that can change over time is their degree of concentration of the top holdings within the index. From time to time, the combination of business momentum and investor appetite can cause an index’s top 10 holdings to represent a larger and larger share of the index.

In other words, the index can become more top heavy.

As a small number of stocks takes on a larger share of an index, the index fund investor is exposed to more concentration risk. Facebook is just the most recent example of this; a similar phenomenon has occurred at many points in the past, as shown in Figure Three.

Although the degree of concentration within the S&P 500 has been growing in recent years, driven in large part by the growing influence of the FAANG stocks, this measure is still well below  prior high points in 1980 and 1999. And while Apple is a behemoth within the index, representing 3.6 percent of the S&P 500’s total market capitalization (as of the end of 2017), it is still far below IBM’s incredible 6.4 percent index weight in 1985, the highest share of an individual stock within the index since 1980.

Typically, industries—and the individual firms that operate within them—go through predictable cycles of innovation and startup, rapid growth, maturity, consolidation, and decline. Laws, regulations, and consumer tastes and behaviors also change throughout these cycles that occur over several decades (or longer).

Many firms within the S&P 500 have existed in some form or fashion for a century or more. Examples include AT&T, whose roots can be traced to the innovative Alexander Graham Bell, and Merck & Co., whose history dates to an apothecary in 1668 Germany.

In contrast, the U.S. stock market today is dominated by firms that are much younger. CAPTRUST is in the business of helping people attain their retirement goals (often targeted at age 65). In this spirit, we examined the number of the S&P 500’s top five index constituents that are less than 65 years old, based upon the approximate number of years since the company—or its predecessor in cases of restructuring, spinoff, or acquisition—was founded. Although this is an imprecise measure, it shows an interesting trend of the growing influence of a small number of whippersnappers.

Many of the companies at the top of the chart today are innovative firms that, in many cases, created entirely new business categories for themselves with far-reaching impacts on consumer behaviors and lifestyles, not to mention existing industries and businesses. Pundits have argued that information technology has accelerated the process of creative destruction. However, as the current scrutiny of Facebook and data privacy reminds us, there can be a lag between innovation and the laws and regulation of new businesses.

Along with regulation, consumer attitudes can quickly change. For example, a recent Reuters survey indicated that fewer than half of users report that they trust Facebook with their data.1 Data privacy is just one example, and Facebook isn’t the only firm that faces potential risks with changes in consumer attitudes and the regulatory environment.

Whether it’s the cars we drive (if we drive them at all), the phones in our pockets, or where we buy our groceries, tomorrow will be very different from today, and the firms that are the darlings of the market today could face new headwinds as policy catches up with their innovations.

A Hand on the Tiller

Index funds can play an important role within investment portfolios for many, if not most, investors. They represent an efficient, low-cost way to gain broad market exposure. But because of the way they are constructed, with winners taking on a larger and larger share of the index, many index funds represent a form of momentum investing.

There are times when this style of investing produces attractive returns that can be difficult to beat—in particular, when yesterday’s winners become tomorrow’s winners. In contrast, active managers use judgment to determine the intrinsic value of securities they hold in their portfolios. They don’t assume that tomorrow will be the same as today. Sometimes they get it right; sometimes they get it wrong.

In the debate between active and passive management, there isn’t a right or wrong. There are times and places where each approach holds the potential to add value. Yet, over the long term, the choice between active or passive investing pales in comparison to decisions about asset allocation. Over time, asset allocation decisions have a far greater impact on an investor’s success than the undercurrents described in this article.

However, once an asset allocation strategy is defined, and it comes time to implement a strategy, index funds represent just one of many different tools that can be used. And, as with any other investment tool, it is important for index fund investors and financial advisors to keep an eye on these undercurrents, with a hand on the tiller, as market conditions change. 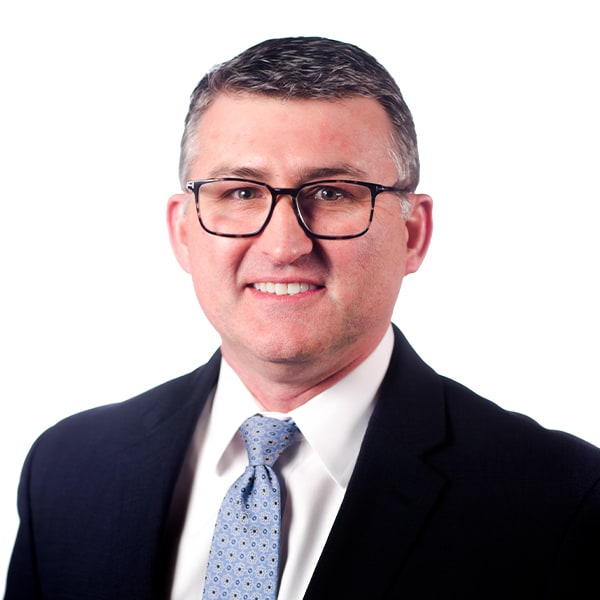