A new generation of companies that provide goods and services on demand via smartphone applications has begun to reshape consumer and worker behavior, providing both groups with more choices than ever before. The growth of these services has created a gig economy, where workers are independent freelancers who choose their own hours and assignments over permanent employment.

Although most people, an estimated 89 percent, are not familiar with the term gig economy, the majority, more than 70 percent, have participated in it by using a shared or on-demand online service.1 When planning a vacation, you can rent a beachfront condominium directly from a homeowner rather than stay at a resort. Instead of renting a car, you can request a ride with your phone and popular ride-sharing apps such as Uber or Lyft. What if you need someone to pet sit while you’re away, or you want to come home to a detailed car or a completed landscaping project? Today, there’s an app for just about anything. New gigs can emerge quickly in this technology-fueled environment. In the city of Raleigh, North Carolina, over the course of a single summer weekend, flocks of electric, pay-by-the-minute Bird scooters appeared, with riders soon zipping along sidewalks, leaving some less cheerful drivers and pedestrians wondering what had just happened and city officials scrambling to catch up with regulation. What isn’t as visible is the troop of paid Bird hunters who drive around town after hours to collect, recharge, and reposition the scooters, in a type of scavenger hunt meets part-time job.

The growth of the gig economy presents opportunities and challenges to all market participants. It has been described both as the Industrial Revolution of our age, with the potential for massive gains in productivity—and as the end of job security. It’s been hailed as a liberator for workers seeking to work on their own terms and criticized as a predatory system that leaves workers underpaid, overstressed, and more unprepared for the future than ever before.

What’s the real story? Is it a good gig?

Services or service platforms that make up the gig economy share a few common traits, such as:

The comparison to the Industrial Revolution is interesting, because in some ways the gig economy seems like a 180-degree turn. As economic historian Louis Hyman describes it, the Industrial Revolution of the 18th century saw a movement of workers from farms and artisans’ shops to centralized locations where their efforts could be coordinated and managed. They earned a wage instead of the profits of their labor. This change in labor patterns, when accelerated by the new technology of the day—steam power and assembly lines—powered massive gains in productivity.

Today, the movement is in the reverse—from formal, centralized workplaces to more flexible, loosely affiliated work arrangements. This phenomenon is not new. Hyman explains that it has been underway since the 1970s: “Over these four decades, we have seen an increase in the use of day laborers, office temps, management consultants, contract assemblers, and every other kind of worker filing an IRS form 1099.

”More recently, what has changed is the pairing of workers’ appetite for short-term, independent employment with smartphone technology platforms to connect these workers to buyers. As with the Industrial Revolution, technology did not create the movement; rather, it has accelerated it. Digital gig platforms, for example, solve the challenges of efficiently linking buyers and sellers, establishing trust, setting a price, and facilitating payments.

The Brookings Institute has estimated that this facet of the economy will grow from $14 billion in 2014 to $335 billion in 2025.3 However, the size and growth rate of the gig economy labor force is not easily captured in official employment statistics. In 2016, the JPMorgan Chase Institute estimated that around 1 percent of adults had earned income in a given month from online platforms, and that more than 4 percent had participated over a three-year period.4

In addition to replacing a traditional full-time job, gig economy workers may also use the platforms to earn extra income. Business strategy consulting firm McKinsey & Company, with a somewhat broader set of criteria for independent workers, put the number at 20 to 30 percent of the working age population. They also found that these workers participate in the gig economy for primary or secondary sources of income and either out of choice or necessity.5 Figure One breaks down the numbers.

The gig economy is likely to affect aspects of our lives and economy that are difficult to imagine today. Studies have shown that where ride-sharing services are widely available, many choose to use them in lieu of ambulances for emergency room visits. From farm equipment and private aircraft to personal and professional services and skilled trades, the gig economy stands to alter the ways in which many services we rely on will be provided, with implications for all stakeholders.

The driving forces behind the growth in gig economy services are convenience, flexibility, and price. By matching providers and consumers directly, in many cases using physical or human assets that would otherwise be idle, these services can remove layers of costs. Beyond choice and price, consumers also stand to benefit from greater service availability, particularly in areas underserved by traditional businesses. But a variety of risks—beyond the risk of an inexperienced driver behind the wheel—also face consumers in this new business environment where innovation has so far outpaced regulation. One such risk is the potential for new forms of discrimination. A 2017 Harvard Business School study found that guest acceptance at a leading home-sharing service was 16 percent lower for users with names that did not sound distinctly “white.”6 Future regulation is likely to focus on limiting the impact of potential discrimination on online platforms, both from the humans and algorithms involved in decision making.

The balance of costs and benefits to workers is perhaps the most hotly debated aspect of the gig economy. The fundamental tradeoff to workers is one of flexibility versus security. The ability to clock in and clock out with a swipe of a smartphone screen empowers workers to create a work-life balance that meets their own unique circumstances, limitations, and obligations.

As the Pew Research Center’s work on the gig economy shows (Figure Two), not surprisingly, alternate employment is most popular among younger and lower-income workers. The gig economy seemingly combines the more nomadic work preference of millennials with the always-connected-to-your-phone behavior of Generation Z.

Another group likely to benefit from the gig economy are skilled workers that have been marginalized by the rigid requirements of traditional full-time work. As professor and author Diane Mulcahy explains, “Stay-at-home parents, retired people, the elderly, students, and people with disabilities now have more options to work as much as they want, and when, where, and how they want, in order to generate income, develop skills, or pursue a passion.”

On the other side of the ledger are the costs and risks to workers. There is no free lunch, and the flexibility benefits of gig employment must come at a cost. Examples include:

Taken together, these costs cause a dollar of gig earnings to be worth less than a dollar from traditional employment. Gig-oriented work can also take a toll on health, with studies suggesting that a decade of irregular work could lead to a cognitive decline of 6.5 years (compared to those working regular hours).7

As with most shifts in technology or consumer taste, the gig economy represents both opportunities and threats to traditional businesses. With unemployment at record lows and businesses of all types struggling to find qualified workers, the prospect of scaling the workforce on demand—and potentially without the overhead of benefit and employment costs—may be appealing in fields where skills are more commoditized and transferrable

At the same time, employers may face a new source of competition for their already scarce talent pool. Against this new form of competition for workers, the gig economy may prompt employers to extend similar types of flexibility to their own workers. And against new gig economy competitors, businesses will not just compete for workers—they will also compete for customers.

As always, there will be winners and losers, and the companies that thrive will be the ones most attuned to the shifting preferences of their customers. Of course, these preferences—and the challenges of how to fulfill them—are changing at a heightened pace, thanks to technology trends.

A fundamental premise of the gig economy is that suppliers and consumers of goods and services can be matched directly and efficiently through technology. This has the potential to improve capital efficiency and productivity. But once again, these gains do not come without costs and risks.

How does the gig economy affect the American dream of a tidy house with two cars in the driveway? If consumers can easily rent homes, cars, boats, planes, recreational vehicles, and snowmobiles on demand, then the same asset base is able to meet the demands of a larger population of consumers, with perhaps a disinflationary impact to the economy.

A Gig in Transition

In my travels across the country for client meetings over the past few weeks, I’ve made it a point to ask ride-sharing service drivers about their experiences in the gig economy and their motivations. I’ve heard from drivers who are making ends meet while they:

In each of these cases, the gig job is not a long-term objective. Rather, it’s a means to an end. If the availability of flexible, short-term work arrangements allows these individuals to start more businesses, retrain themselves, and acquire the skills required in our changing economy, it may be a small gig that leads to a much bigger stage. Only time will tell.

2Yaraghi, Niam and Ravi, Shamika, The Current and Future State of the Sharing Economy, 2016. 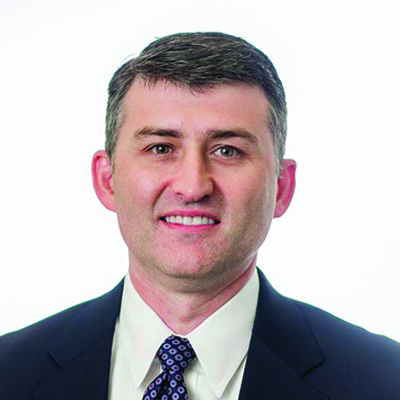