On April 10, 2012, U.S. Army Staff Sergeant Travis Mills was leading an 82nd Airborne squad searching for weapons at an outback post near Kandahar. It was his third deployment to Afghanistan.

The area had been swept for explosives and found clear. Except it wasn’t. Mills set his pack down on an improvised explosive device that had gone undetected. In an instant, life as Mills had known it was torn apart, and life itself was not a given.

Three paratroopers were injured in the blast. In the words of platoon commander Zack Lewis, “One was minor, one was severe, and one was simply beyond words.” The latter was Mills. Medics rushed in and started applying tourniquets. Mills told them to attend to the others, because they actually had a chance of surviving.

“I thought it was a waste of their time, and it would all be over soon anyway, so it’s OK,” said Mills. “Then it kind of hit me. I might not see my daughter. I might not wake up to see my wife again.”

Medics worked to stabilize him in the field, and Mills was airlifted to a medical base where teams worked around the clock to keep him alive. Four days later, on his 25th birthday, he learned the extent of his injuries. He had lost portions of both legs and both arms. He is one of only five quadruple amputees to survive the Iraq and Afghanistan wars.

The Long Road Back

Mills doesn’t sugarcoat the months of recovery that followed, first in Germany and then at the Walter Reed National Military Medical Center in Bethesda, Maryland.

He worried about comrades left behind. He worried his infant daughter, Chloe, would see him as a monster and scream. He felt he should give his wife the house, the bank account, and the freedom to pursue a life with an able-bodied husband. “That’s not the way this works,” Kelsey Mills had replied. She remains his rock.

To Mills’ surprise, Chloe cuddled with him like he was any dad. “I have short arms, short legs, and a fuzzy chest; I guess to her I look like a teddy bear,” he quips.

After some dark days, the path ahead came down to a conscious choice. “I could either will myself to die, or I could press forward and live,” Mills said. If his wife was going to stay, and his six-month-old daughter was going to smile and giggle at him, he had to choose to move forward.

Recovery came with excruciating pain from nerves trying to find limbs that were no longer there. After failing to control the pain with ever-higher doses of painkillers, his doctors took a radical step. They put him in a ketamine-induced coma, only the second time this had ever been done in the U.S. High doses of the drug would allow the brain to reset to understand where nerves now end.

After five days in a coma came the hallucinations. Chasing kids who had stolen from Walmart. On patrol with Genghis Khan. Escaping from a SWAT team. Riding skateboards with cousins in a reality TV show. Mills admits that the 50-year-old go-go dancer he saw crawling down the halls of Walter Reed was probably a service dog.

Ultimately, the therapy helped manage the pain enough that Mills could make rehabilitation his full-time job. Determined to be independent, he made remarkable progress. He took his first steps on prostheses less than two months after his injuries.

From Hallucinations to Dreams

As his recovery progressed, the perennially upbeat Mills inspired fellow veterans at Walter Reed and earned the nickname “Mayor of Building 62,” the warrior transition building.

“I saw the doctors at Walter Reed doing such great things; Kelsey and I decided we wanted to give back,” said Mills.

In November 2013, after 19 months, Mills was ready for a new chapter as a “recalibrated warrior” ready to pay it forward. A trip to a veterans retreat in Colorado showed Mills the restorative power of adaptive sports and sparked a vision to provide a similar opportunity in their new home state of Maine, with one key difference. Mills knew Kelsey and Chloe were central to his recovery; his retreat would include whole families, not just veterans.

Thus, the nonprofit Travis Mills Foundation was born. It started with small programs—bringing one family at a time to Maine to show them how to live more fully through adaptive activities. “Then we did another one, and it went so well we thought we should buy a property,” Mills said.

In March 2015, the foundation bought the 1929 summer home of cosmetics mogul Elizabeth Arden in Rome, Maine. The former Maine Chance Lodge had fallen into disrepair. The project would require millions: $1.1 million to purchase and $2.5 million to renovate it to be fully accessible.

An outpouring of support totaling $2.5 million in cash and in-kind gifts from corporations, foundations, and individuals helped make the dream a reality.

Today the 11,000-square-foot facility on 17 acres features eight suites that can accommodate eight families a week—up to 40 people per session. There are comfortable communal areas, including a library, movie theater, dining room, and outside patios. The entire property is fully accessible for guests with amputations and spinal cord injuries.

The Travis Mills Foundation Veterans Retreat opened its doors to the first eight families in June 2017. Their expenses were covered by the foundation through generous donations and sponsorships.

The first eight weeks were so successful that four more sessions were added, extending into December, ultimately serving 89 veterans and their families from 27 states. The season concluded with veterans who had also been hit by Hurricanes Harvey and Irma, including some families that had never seen snow.

One family included four children ranging from 1 to 16 years old. The father has amputations on both legs, plus nerve damage in his hands. Traveling with a family of six is tough enough without mobility challenges. During their stay, the daughters ran up to Mills and exclaimed, “This is better than Disneyland!”—high praise from teenagers.

“An action-packed but overwhelmingly laid-back atmosphere”

That’s how one veteran described the experience. Activity-based programming keeps participants busy and entertained at their own pace, and helps families return to an active lifestyle together.

“These men and women who have been through so much—amputation, paralyzation, spinal cord injuries—can still do things with their families instead of living life on the sidelines,” said Mills. “They come here, they’re comfortable, they build a network, they have someone to lean on, to reach out to, to believe in, to understand they’re like them. And the kids can run around and say, ‘You know what, my dad has one leg and one arm missing, but this dad has two legs missing, and he can still do things.’ That’s pretty cool.”

“This is a place where veterans don’t have to worry about barriers, they won’t get stared at for their disabilities, they’re around people who really know what they’re going through, and where nobody freaks out if you fall out of a kayak,” said Mills.

With the help of partners such as Maine Adaptive Sports, Pure Country Stables, and Project Healing Waters Fly Fishing, outdoor equipment has been modified to accommodate users with a range of upper and lower limb abnormalities.

For example, a special ramp and dock system eases the process of getting into a kayak, said program director Kelly McGaughey, DPT. McGaughey was a physical therapist at Walter Reed for seven years before joining the Travis Mills Foundation. “We have different straps, hooks, weights, padding, and more to ensure that everybody is comfortable, functional, and safe in the equipment.”

The Definition of Success

In reviews and thank-you notes, participants rave about the volunteers and staff, the food, the beautiful setting, and the relaxed ambience. But the most profound and pervasive theme is the way the retreat fosters connection, hope, and renewal.

“Getting to know others who are in a very similar position gives you more insight into how to handle your own challenges,” wrote former Marine Lance Corporal Kendall Bane of Huntsville, Alabama. “These connections are what get me through rough days.”

“What I got from the retreat was a sense of relaxation, camaraderie, serenity, and a loving, caring environment,” said Mark Owens of Leland, North Carolina. “There was never worry about how to navigate the grounds, and the activities were very well thought out to eliminate the stress.”

“The peace that came over me, the time with other wives and veterans is indescribable,” Cynthia Karels wrote on the foundation’s Facebook page. “We do lose faith. We do question why our loved one, why my husband? The way Travis spoke with us was just uplifting, fun, and lighthearted, with joy, a smile, and a few tricks he taught our kids that helped lift that tension.”

Mills, 30, doesn’t spend much time looking back, and he’s not about to slow down. He intends to operate the Maine retreat 40 to 45 weeks a year to serve 1,600 to 2,000 veterans and their families. He continues to seek corporate partnerships to sponsor a family, capital improvement, or a program.

He is positioning the foundation to be a resource hub for the 126,000 veterans who call Maine home. A longer-term vision is to open one or two similar facilities in other parts of the country and expand to support Vietnam-era veterans. And he spends about 170 days a year on the road as a motivational speaker, inspiring others to overcome adversity, get off the sidelines, and get into the action.

Why press on so hard when life has hand-delivered an excuse to sit it out? Family, for one. In September, Mills became a father for a second time, welcoming a son, Dax. The name pays tribute to Daniel and Alexander, two medics who saved Mills’ life in Afghanistan.

The second is duty—honoring those who gave all, by giving back. “I know guys who didn’t make it back home to their families, and I did,” Mills said. “My situation is not life-ending. My situation is I just have a couple more steps in the morning. Put my arm on. Put my legs on. I’m thankful to still be here. Through all the smoke and the dirt and the dust, it’s all settled now, and I’m living life to the fullest and doing the best I can to make sure people understand that life goes on—and to never, ever give up, and to never quit.” 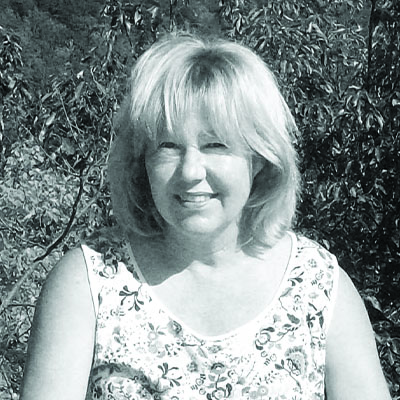