Figure One: The Disconnect Between the Importance of Diversity and Actual Diversity

Source: The Center for Effective Philanthropy

The good news is that the country’s third-largest employer, the nonprofit sector, is more than ready for change. In fact, 69 percent of public and private foundations focused on religious, educational, and other charitable missions polled in CAPTRUST’s annual Endowment & Foundation Survey consider diversity, equity, and inclusion (DEI) a priority for their organization.

The fourth annual survey, which includes the perspectives of more than 150 organizations, shows us nonprofits can take action and improve satisfaction around DEI. How? Measure it as intently as any other key performance indicator and keep track of it over time, says James Stenstrom, endowment and foundation director at CAPTRUST.

Stenstrom says some organizations already track DEI metrics as “a baseline for assessing achievements on cultural and engagement goals across the various demographic segments within their organization.” For example, he says, 71 percent of nonprofits track diversity metrics on the communities they serve. However, at the same time, nearly half of that group does not track the same for grantees.

Meanwhile, nonprofits who quantify DEI metrics are universally more satisfied with the diversity of their board members, staff, communities served, and grant recipients than those who don’t, says Stenstrom. For example, as shown in Figure Two, the percentage of respondents satisfied or very satisfied with the ratio of lesbian, gay, bisexual, transgender, and queer (LGBTQ) staff nearly doubles—and satisfaction with racial and ethnic diversity of board members more than doubles—when diversity metrics are tracked.

Figure Two: Of Those Satisfied or Very Satisfied with Diversity, What Percentage Are Tracking It?

As shown in Figure Three, the DEI issues most important to nonprofits were about race and ethnicity, gender, and culture. Other issues of high importance were related to LGBTQ, socioeconomic status, and education.

Figure Three: What DEI Issues Are Most Important to You?

The highest-ranked issues are a good place to start in terms of collecting that data, says Stenstrom, but it is important to make sure that the diversity metrics nonprofits are gathering will help identify priorities and goals, such as assessing your organization’s current culture.

For example, what do power and privilege look like in your organization? Could your organizational norms create barriers for diverse staff, members of the board, and senior leadership? These types of questions can be challenging, but they are an essential first step. Nonprofits may discover that they are not ready to act—that they need deeper metrics to understand areas of concern and opportunity. And that’s okay, says Stenstrom. “Once you understand who you’re speaking to, you can align your initiatives and efforts accordingly.”

Stenstrom offers a few more tips in the way of collecting the best DEI metrics possible. For starters, only ask for the metrics you need. “Never collect information that you do not plan to or cannot use,” Stenstrom says. “People naturally expect you to do something with the information they share with you at your request.”

Additionally, nonprofits will want to customize the questions for the organization and sector and be sensitive about it. “When assessing data like sexual orientation, sometimes it is best to consider deferring to a third, neutral party for more accurate results,” he says.

Many respondents polled in CAPTRUST’s 2021 Endowment & Foundation Survey are taking it one step further and finding their own unique solutions to drive racial and gender equity and inclusion. According to Stenstrom, among those ideas is creating new committees to promote DEI with faculty and staff members, participating in third-party DEI assessments, and updating the code of ethics to include DEI. Other reported initiatives included racial equity task forces, DEI training, and increased research focused on diversity issues. 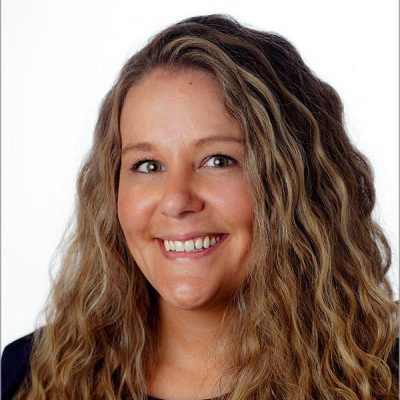