It’s that passion for the acoustic guitar industry that helped him steer the family-owned business through good times and bad for the past 34 years.

Martin, 65, is playing his swan song this summer, retiring as chief executive officer of Martin Guitar, as well as finishing his tenure as chair of the National Association of Music Merchants (NAMM).

Martin wanted to exit on a high note. “I have been talking about retirement for at least five years. My father retired under duress, and my grandfather forgot to retire,” he says. His father left the business after making some unsuccessful business decisions, while his grandfather ran the company until his death at age 91.

Martin Guitar’s board was “hoping I would work for the next 100 years. I knew I would get pushback about the decision. People said, ‘Are you sure? Don’t you want to wait a year?’ But I thought, ‘I don’t know what I’m waiting for.’”

He wants to focus on his family and health. He is receiving treatment for bladder cancer, and his wife, Diane, is being treated for breast cancer. He says they’re both thankful for the excellent medical care they’re receiving. “It’s the journey Diane and I are on now, and we want to prolong that journey because we have a teenage daughter.”

The company, which also makes guitar strings and ukuleles, is searching for a new leader, and for now, someone outside his family will run the business. But one day, another C. F. Martin, Martin’s daughter, Claire Frances, 16, might want to take over.

In the meantime, he’ll remain chairman and assume a new role as executive chairman, working far fewer hours but still representing the company.

What a story it is.

Martin’s great-great-great-grandfather was German-born Christian Frederick Martin, the son of a cabinet maker who apprenticed with a renowned guitar maker. He immigrated to the U.S. in 1833 and founded the business.

“For whatever reason, God bless him, C. F. Martin learned how to make guitars, and he decided to make great ones,” Martin says.

Chris Martin IV’s path to CEO took several twists and turns. His mother and father divorced when he was three, and he lived with his mother in New Jersey, but he visited his grandparents, C. F. Martin III and Daisy, in Nazareth during the summer. “I would go to work with my grandfather and pack guitar strings and move wood around in the shop,” he says. “I never got to use a tool, but I got to be around the tools. That was my first exposure to the shop.”

During the summer between high school and college, he worked in the shop. “I followed a guitar through the guitar-making process and gained tremendous respect for my colleagues who do the work. I learned I’m a klutz when it comes to doing woodworking.”

He also didn’t have an affinity for playing the instrument. “I took guitar lessons as a kid,” he says, “but I didn’t click with the teacher, so I never learned to play, which is okay, because I am surrounded by great guitar players.”

After graduating in 1978 from Boston University with a bachelor’s degree in business, Martin joined the family business full-time.

His father, Frank Herbert Martin, struggled toward the end of his tenure as president of the company, so he retired, and his grandfather, C. F. Martin III, assumed control again. “My father and I had a bit of an estranged relationship,” Martin admits. “My grandfather saw my interest in the company and was a great mentor to me.”

His grandfather named him vice president of marketing in 1985. “It was a way for him to say to everyone else, ‘Chris is sticking around, and I want to give him a title that gives him a little bit of heft,”’ Martin says.

After his grandfather died in 1986, Martin was named chairman of the board and chief executive officer. He was 31 and scared to death. He didn’t consider himself a natural leader, and he faced several obstacles. “My father left a whole cadre of mostly male appointees his age who were looking at me a bit skeptically,” Martin says.

Another obstacle: At the time, the acoustic guitar industry was floundering. “Business was terrible,” Martin admits. “We went from making 23,000 guitars a year in the 1970s to 3,000 a year in the early 1980s. And we had some quality issues. It was little stuff that we needed to address.”

However, Martin’s vision and entrepreneurial spirit turned the business around, says Jackie Renner, president of Martin Guitar. “When the company had quality issues in the 1980s, he brought his manufacturing colleagues together and said, ‘What do we have to do to make this company vibrant again?’ The answer was focusing on the musician and making the highest-quality instruments possible,” Renner says.

As the quality issues were resolved, something else happened to turn things around: MTV Unplugged made its debut in 1989, and by the early 1990s, the phone started ringing off the hook, Martin says.

“MTV recognized how cool the acoustic guitar was and promoted it to an audience that was a little jaded,” he says. “It didn’t start out wildly successful for us, but pretty soon, the momentum was building, and people said, ‘I have to get an acoustic guitar like the one Eric Clapton played on MTV.’ We paid attention at the time, and we got very lucky.”

Clapton was a fan of the guitar, saying, “If I could choose what to come back as, it would be a Martin OM-45.”

Martin built on that momentum by starting the Signature Series guitar line, featuring instruments played by acclaimed musicians such as Johnny Cash and Gene Autry.

“If you are famous and you agree to do an artist’s model, we will give you a guitar, and you can buy a few for your friends and family,” Martin says. “Then we give some of the proceeds from the other guitars we sell in that line to the artist’s favorite charity.”

The company has made 175 signature models since it launched the series in 1993.

During his time as CEO, Martin began profit sharing with his employees, offering college tuition reimbursement, and working on sustainability issues. “We use rare exotic timbers—rosewood, ebony, mahogany—for our products,” he explains. “We are trying to find a way to make the supply chain more sustainable.”

Renner says Martin has nurtured the culture of Martin Guitar, which employs about 1,000 people in its two factories—one in Nazareth and the other in Navojoa, Mexico. “He introduces himself to all of our new employees in Nazareth and takes them on a tour of our guitar museum to hear a little more about his family history. Chris is incredibly energetic, passionate, and committed to Martin Guitar,” she says.

As Martin winds down his role as CEO, he looks forward to what’s next and to reallocating his time to other causes. The first thing he wants to do in retirement is to take a breather. “I want to do nothing,” he says. “I’m test-driving that idea now during COVID.”

After the pandemic, he and his wife plan to travel more, and he wants to build a kit car, a Caterham, in his garage. “A bunch of crates will be arriving soon at my house from England. This kit is relatively simple. You hear stories that people buy a kit car, and it never gets done. I don’t want that to be me. With the help of some friends, I think I can get it on the road.”

Attorney Chuck Peischl, a longtime friend and a member of the company’s board, says he’s glad that Martin will assume the role of executive chairman. “He really is Mr. Martin, just like his grandfather before him. He was the personification of the company, and Chris is in that same image mold.”

“One time, I asked Chris what he would be if he wasn’t CEO of Martin Guitar, and, without missing a beat, he said, ‘a philanthropist,’” Peischl says. He expects Martin will spend more time serving as chairman of the Martin Guitar Charitable Foundation, which gives money to charities in the community, such as food banks, as well as nonprofit music, arts, education, and environmental action organizations.

Martin says he’s grateful for his career in the music industry. “People are passionate about being part of this industry. Once people join it, they never leave it.”

But he’s especially grateful to have served as head of a company in which both employees and customers value a guitar that’s as good as it can be. 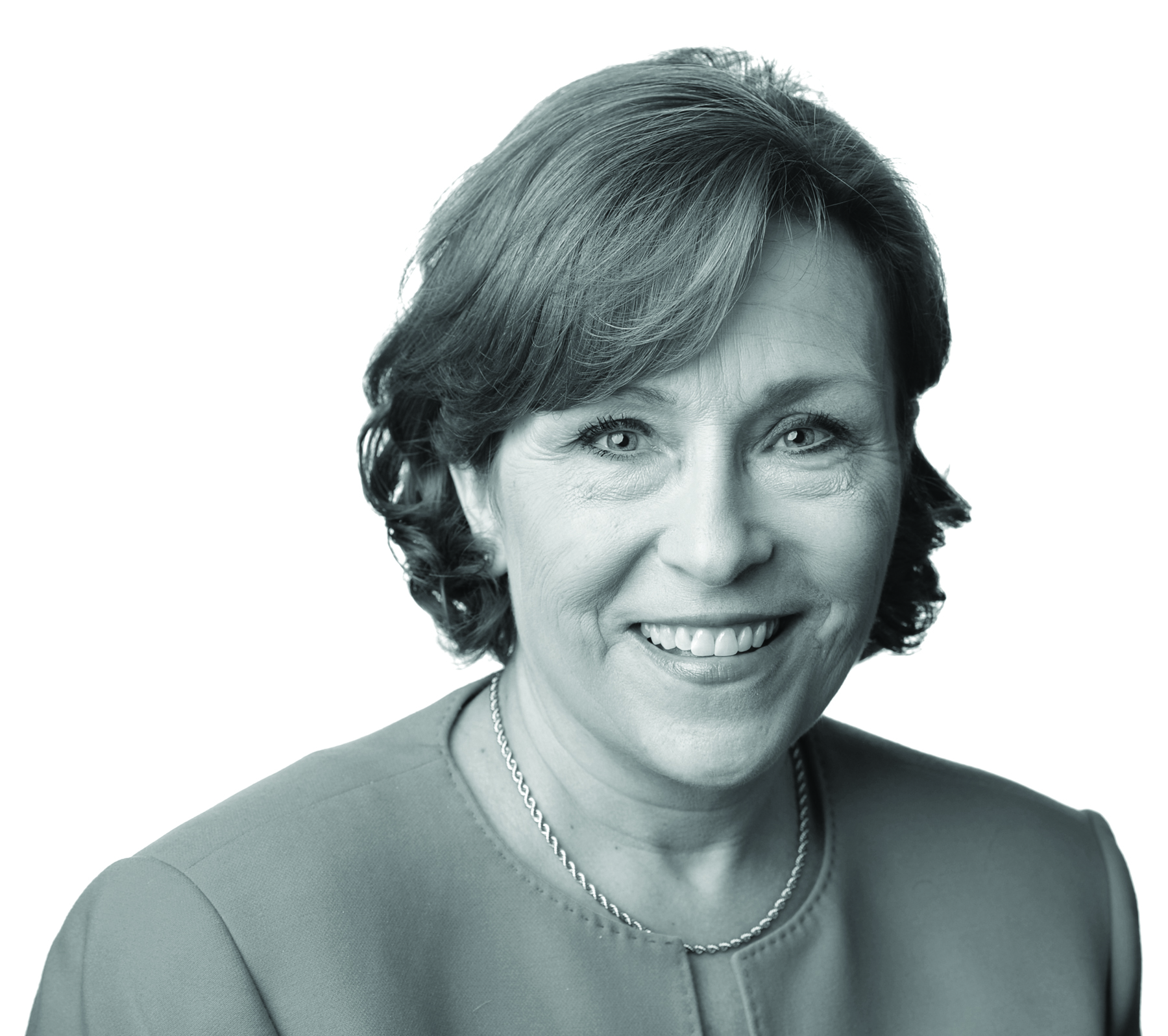 Inflation Reduction Act: What You Should Know