In the process, investors were challenged to absorb yet another set of inputs into their already complex market views. This included a post-COVID-19 inflation surge driven by rising energy prices and supply chain issues and the likelihood of rising interest rates in the U.S. and abroad.

Markets react when a new uncertainty arises, and market participants need time to recalibrate as they seek to understand the practical impacts of a new reality. This is true of all markets: stock and bond markets around the world as well as currency and commodity markets. The uncertainty could be political, economic, natural, or geopolitical, like Russian troops invading Ukraine.

While no two geopolitical events are the same, the past can sometimes offer clues about the present or future. Mark Twain reportedly said, “History doesn’t repeat itself, but it often rhymes.” Assuming that’s true, what can past geopolitical events and their impacts on the capital markets, specifically the stock market, tell us about what’s going on today?

Looking at a litany of geopolitical events starting with World War II and running up through the Russian bombing of Syria in 2017, a total of 31 events, we see a wide range of short-term stock market impacts. For example, U.S. stocks fell in the one-month period following the German invasion of France (May 1940) and the U.S. embassy bombings in Africa (August 1998). They rose following John F. Kennedy’s assassination (November 1962) and at the beginning of the Gulf War (January 1991). Meanwhile, one month after the Japanese bombing of Pearl Harbor (December 1941), Kent State shootings (May 1970), and 9/11 attacks (September 2001), U.S. stocks had barely budged.

After one month, on average, these events tend to be stock market nonevents, with a mean return of 0.1 percent. But what about the longer term? Looking at the same roster of events, after six months and one year, the stock market is positive 81 percent and 84 percent of the time, with average returns of 7.5 percent and 16.3 percent.

Why does this happen? A negative surprise on top of an expensive market could be the catalyst for an immediate market pullback, resulting in more pain than the event alone would dictate, says CAPTRUST Senior Director and Portfolio Manager Jim Underwood. But while these geopolitical events may be significant in many ways, they are not all surprises. To the extent that the markets anticipate them, their impact may already be baked into market prices by the time the event occurs.

“The financial markets are remarkable in their ability to foresee negative and positive events,” says CAPTRUST Principal and Financial Advisor Justin Pawl. “I don’t think that the stock market trading higher, on average, six months and 12 months later is that unusual given that markets tend to appreciate over time.” This is especially true following a sharp selloff.

“Of course, these events don’t happen in isolation, and preexisting conditions will have an impact on the market both before and after the event,” says Pawl. Where are we in the business cycle, and where are macroeconomic factors like job growth, corporate earnings, and interest rates trending? And are stocks overvalued or undervalued at the time of the event?

Today, investor emotions are running high, given the many uncertainties associated with Federal Reserve interest rate decisions in the face of seemingly persistent inflation. Now, blend in a war in Ukraine and a spike in oil prices. This could explain the recent bout of volatility we are experiencing. Regardless, it can be difficult to untangle what’s causing market behavior, positive or negative.

Often, when we are in the middle of a market selloff driven by a geopolitical event or some other cause, it’s hard to find perspective and make good decisions, including the decision to do nothing. Because history only rhymes, it can make us feel like it really is different this time.

“I have a general assumption the market will break about once a decade, but because it typically breaks in new and unpredictable ways, the financial fear feels different every time,” say Underwood. “Add in a physical fear—like COVID-19 or the threat of a broader-scale war—and the emotional reaction can be significantly higher.”

Once we’re in a fearful state, these feelings can be further fueled by two behavioral biases: recency bias and confirmation bias. “Recency bias comes into play as investors focus on the immediate negative impact of the event and project its effects into the future,” says Pawl. “Often, the immediate reaction overstates the longevity and, therefore, the magnitude of the negative impact.” What may turn out to be a short period of volatility turns into a potential market meltdown in our minds.

Confirmation bias—the tendency to pay more attention to information that confirms existing beliefs—only makes matters worse. “Its impact is likely more prominent than ever due to the availability of information via the Internet and 24/7 news cycles,” says Pawl. “The Internet is a wonderful technology that serves many useful purposes in modern society, providing a platform to disseminate different ideas on countless topics; however, with that variety of views, we can always find information that supports our personal stance, thus reinforcing it.” That’s not helpful during times of heightened anxiety.

A Bias Toward Action

Amid one of our turbulent periods, because we also suffer from action bias—the tendency to favor action over inaction (even if there’s no evidence that it will lead to a better outcome)—we are tempted to act. That may mean selling our worst- or best-performing holdings or going to cash. That’s not wise should the selloff turn into a market rally, as history suggests.

What can individual investors do? “Beyond the normal risk management tools, including diversification and maintaining plenty of liquidity, from an emotional perspective, the best way to manage emotions is to write down why you are taking risks,” says Underwood. “Friedrich Nietzsche said, ‘He who has a why to live for can bear almost any how.’ I love that quote and feel if an investor can define why they are taking a risk, they can get through just about any adversity,” he says.

The decisions made during these brief periods of anxiety can have a disproportionate impact on long-term results, so it’s important to get through them. “I tell investors who adopt a risk profile that feels right but who fail to define why they are taking a risk that they will inevitably experience a moment when it feels very wrong,” says Underwood. “In that moment, there will be nothing keeping their emotions from turning a temporary decline into a permanent loss.”

“Fortunately, investors are not confronted with these environments very often,” says Underwood. 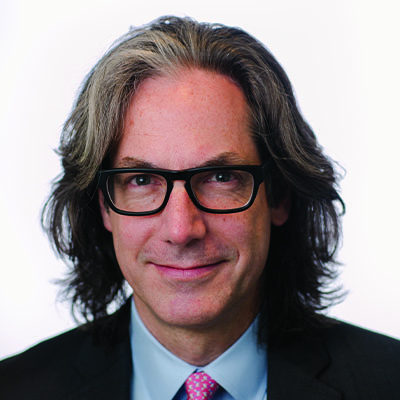