According to a survey by the Funeral and Memorial Information Council, while 69 percent of American adults want to arrange their own funerals, only 17 percent have put plans in place. Regardless of your age, health, or financial circumstances, CAPTRUST Financial Advisor Christeen Reeg says, “creating a sketch for your own funeral is a smart decision.”

Yet most people don’t.

This inaction is likely because planning for death—or even talking about it with family and loved ones—is uncomfortable for most people. Brit Guerin, co-founder of Current Wellness and a licensed mental health counselor, says talking about death brings up emotions people don’t want to feel. “Talking about a loved one dying often feels taboo, in part because we don’t know what to say. It can bring up intense grief and sadness that are difficult to put words to.” Planning a funeral means accepting death.

But planning also makes death easier for your loved ones to navigate. And, it ensures your life will be celebrated according to your own thoughtful decisions, not the emotional and often rushed decisions of your grieving family.

Plan the Funeral You Want

“It’s important to know in advance what your loved one’s desires are,” says Guerin’s colleague and professional grief counselor, Monica Money. “Many times, family members want to do something different, even if the one who is dying has expressed their plans. That is why it is so important to have your wants and desires put in writing and kept in a safe place.”

When making arrangements, plans can be as general or specific as you like. Things like burial plots, service music, reception locations, and pallbearers can be finalized ahead of time. If you are fond of certain jewelry or clothing items, you can even choose what you will wear in advance.

Financial Advisor Christeen Reeg has personal experience with meticulous funeral planning. “When my husband became terminally ill, we were more comfortable talking about plans,” she says. “We selected a burial plot for both of us, and he planned things like service music, scripture, and even what the pallbearers would wear.”

One easy way to get started is to work with your local funeral home to decide what you want. Having a plan ensures your wishes are honored after you are gone.

A few practical questions to consider when you start planning are:

Having a clear plan to follow eliminates a few of the many difficult decisions your loved ones will have to make after you pass. Instead of having to sort through the details of where your service will be, how you will be buried, and what the ceremony will look like, they can simply follow the plan you have left them.

When Reeg’s husband died, she and her extended family viewed his pre-arranged funeral plans as a gift. “We had been married a long time, but we both had children from different families,” says Reeg. “At the time of his passing, we all met together. Not everyone was thinking the same. But I was able, as the surviving spouse, to pull out the document and say, ‘Well, this is what we agreed to and is already paid for. This is what your dad wanted.’ And so we didn’t have any fighting.”

It’s a natural human tendency to avoid the inevitable, and funeral planning can be an emotional process. But planning now reduces emotional flare-ups later. “It’s emotion that drives us, and it drives people to argue and fight,” says Reeg. “The greatest reason that I tell my clients to engage in funeral planning and put their plans in writing is that it’s going to reduce emotional conflict.”

Talking with your loved ones about these plans might feel awkward at first, but you will grow more comfortable discussing the topic over time. And they’ll most likely thank you when the time comes to put your plans in action.

While you don’t necessarily need to share funeral specifics with your family up front, it’s a good idea to disclose the fact that you’ve made plans, who you have left them with, and how to access them when you pass away. “Albeit challenging, openly sharing end-of-life plans can help normalize death and make it feel less scary,” says Guerin. “Grief is never easy, but knowing your loved one’s wishes can be very meaningful and special.”

Planning also helps prevent family members from overspending out of guilt or grief. “For example,” says Reeg, “what if all you want is a basic casket, but when your loved ones are emotional and grieving, they feel guilty and buy the $20,000 one?”

Marta Warren worked in the funeral insurance industry for decades, most recently with Funeral Directors Life Insurance Company (FDLIC). She says planning is a gift to yourself as well, and it’s never too early to start. “If you believe that you’re going to die at some point in your life,” she says, smiling, “then that’s the time to prearrange. I planned my funeral at a very early age, and I can modify it whenever I want to.”

Leave Plans with an Advocate

For safekeeping, Reeg says, in addition to your children or beneficiaries, it’s best to share your plans with your banker or financial advisor. “They are some of the first people your family will call when you pass,” she says. “I’ve been working with some of my clients for so long. I’ve been there for weddings and other milestones. And I’m there when someone in the family passes.”

Grief Counselor Megan Money says it’s also a good idea to have an appointed family liaison who will execute your plans. “Designate someone in the family who will follow through with your desires,” she says. The person you choose should be someone who will advocate for your plans and be able to separate their own emotions from the process as much as possible.

Warren equates funeral planning with estate planning. “It’s kind of like your will or your trust,” she says. Just as you manage your assets and plan for their distribution after you die, this is another step in the planning process. “When you’re doing your estate planning, it’s one of the things that your financial advisor should bring up.”

Peace of mind is the greatest benefit. “In my case, there was no fighting because all the decisions had been made,” says Reeg. “Making these arrangements in advance is such a gift that you can give your children. It’s so much more than a financial decision.” 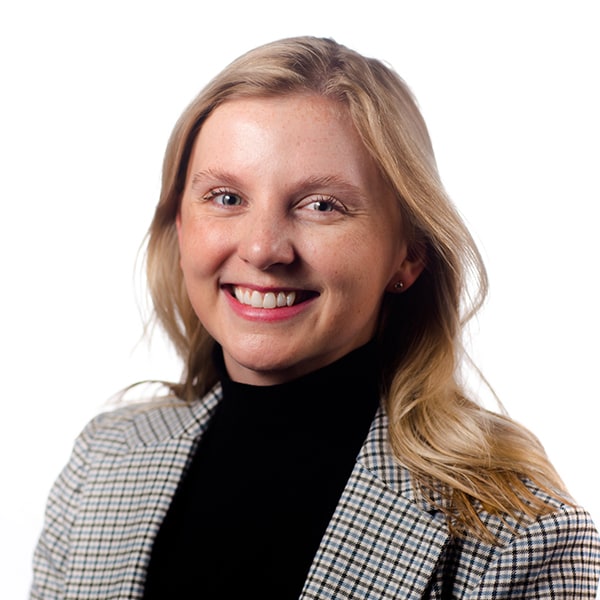 The Art of Hand Lettering