Over the past year, women have individually and collectively spoken out against gender inequality and decided that the cost associated with staying quiet is too high. Celebrities like Ashley Judd, Reese Witherspoon, and Oprah Winfrey declared “Time’s Up” when it comes to the sexual and financial mistreatment of women in Hollywood. This movement has sparked a dialogue that extends beyond the entertainment industry and into all our homes.

This cultural phenomenon presents a great opportunity for women and men to break the money silence and discuss taboo topics like money and power. At times like these, dialogue may cause discomfort, but there has never been a better time to engage in these conversations.

Why now? Because the economic strength of women is on the rise and power dynamics at home and at work are changing. According to the Center for Talent Innovation, the number of wealthy women in the U.S. is growing twice as fast as the number of wealthy men. Currently, women oversee $11.2 trillion in investable assets. By 2030, they will control two thirds of the nation’s wealth.

Despite these positive trends, many women are still paid less than men. The average woman earns 81 cents to every man’s dollar, and the gap widens if you are a woman of color. This pay inequality puts many women and their families at a financial disadvantage. Whether they are primary breadwinners, co-contributors to their families’ incomes, or stay-at-home moms, this type of discrimination impacts them and often renders women silent.

The gender wage gap surfaced very publicly when Michelle Williams, an A-list actress, was paid $1,800 for reshooting scenes in the movie All the Money in the World. Her male costar, Mark Wahlberg, received $1.5 million for the same work. The difference? Wahlberg used his voice and demanded his contractual reshoot fee, whereas Williams accepted the standard fee without question. In the end, Wahlberg donated his salary to the Time’s Up legal defense fund and showed that men are an important part of the solution.

If even the rich and famous cannot overcome this issue, how likely is it that women can advocate for themselves? This challenge may sound difficult, especially if negotiating your salary is a new skill, but it’s possible.

McKenzie, a 25-year-old paralegal, spoke up when she was promoted to a new position with more responsibility. Unfortunately, when she asked the human resource director for a salary increase, she was called greedy. “The worst part is the human resource director is a woman,” McKenzie said. She did receive a pay increase, but only because she was persistent, professional, and determined not to let gender bias stop her.

But what if you don’t work outside the home or contribute only part of the household income? Do you still need to talk more about money and advocate for yourself ? The short answer is yes.

Danita is married with an adult daughter. She feels strongly that women have to have an equal stake in their financial health and well-being. “I remember when my father-in-law had a stroke and couldn’t manage the daily tasks as he once did. My mother-in-law was lost, never having paid a bill or written a check in her life. I remember thinking, ‘I never want to be in that position, and I never want to see my daughter in that position either.’”

Danita and her husband believe that managing money is an important life skill. They have made a commitment to raise a financially literate daughter and serve as role models for how couples can talk openly and honestly about money and share financial decision making.

Gina also believes that women need to take part in money management. As she says:

When a woman speaks up about finances and participates in money conversations, that leaves an impact of being equal—regardless of her role, whether she’s a stay-at-home mom or someone who works part time—in all decisions. It enables her sons to have respect for women and be inclusive in conversations with them—rather than feeling like financial discussions are the purview of men only—and for daughters to be raised as strong, independent women.

Different life-changing experiences spurred these women to make a change. But you don’t have to wait for a promotion or a loved one’s illness to act.

Here are a few tips on how to be an advocate for breaking money silence about women and wealth right now.

Take an Active Role in Your Financial Life

Don’t delegate your financial decision making to someone else. Instead, participate in identifying your short-term and long-term financial goals and working toward achieving these objectives. If you are a member of a couple, attend legal, tax, and financial advisor meetings with your partner. If you are single, find trusted advisors to work with. Ask questions. Learn as much as you can about how to be financially fit today—and financially secure tomorrow.

Be a Role Model

Set a good example for the next generation. Show your daughters, sons, nieces, and neph-ews how women can play an active role in their financial lives. Set a powerful example by managing your money and discussing the impact of your gender on your finances. If you are a man, use your role as a husband, father, uncle, or brother to show your loved ones that no matter a person’s gender it is important for them to be a part of household decision making and planning.

There are many opportunities to support the fight for gender pay equality. Get involved with organizations that advocate for gender parity. Contact your local senator and congressional representatives and encourage them to support legislation to end financial discrimination. Run for political office or support a qualified female candidate. Or volunteer to teach financial literacy to young girls. Whatever you choose to do, you will make an impact. The Time’s Up movement shows the power women can have by speaking up. Yet, silence persists around taboo topics like money and power. With women’s economic strength rising and dynamics at work and home changing, the time has never been better for women and men to break this money silence. 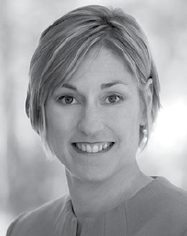